It means that the 2 billion folks who depend on the Himalayan glaciers for drinking water and somewhat regular atmospheric conditions are screwed. (I’m in the process of co-writing an op-ed on this issue for Christian Science Monitor later this fall, so stay tuned.) 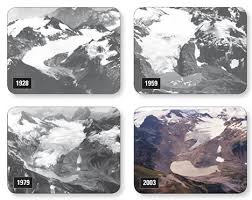 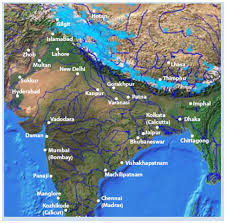 I was invited to an event tonight at Stanford that featured Carl Pope, the once-long-time director of the Sierra Club (he is currently Chairman). During the event, Pope asserted that this year’s horrible floods in Pakastan was the result of experiencing double the rainfall the region saw last year, but was compounded by the facts that (1) rampant Pakastani deforestation forced megatons of timber into the rushing water that battered infrastructure with the force of rushing water and waterlogged wood; and (2) that global warming temperatures have depleted ozone gases around Himalayas, causing (surprise) more ice melt, less snow, and (surprise) more rain.

In China, the river flow of drinking water has already been manipulated for many years mainly through damming. Rather than the Yangtze, which everyone knows, Pope cautioned about the effects from the silt built up on the Mekong, which will unfortunately affect folks in the former Indochina, mainly Vietnam, who won’t sadly have total control over their drinking supplies.

In India, Pope heaped praise on the current Minister of Environment who, so far, has been able to stop any damming projects in the country. He wasn’t sure how long this could last, but commended him nonetheless. In India, the problem is that so much biomass and carbon-rich fuels are burned, in both rural and urban settings, that the country needs innovations (already underway) to change behaviors, some of which will be straight-forward (and make folks rich), and some of which will be very, very hard.

The last question Pope fielded drew a haunting response. Someone asked about the effects on culture/tradition that drastic climatic changes could spur, and Pope argued that in history, massive weather upheavals, those that caused massive deaths or displacements, had the potential to break down cultural bonds and create nomads with nothing to their name and worse, nothing to lose. In those instances, he believes culture reverts and becomes more savage. And, if the climate sciences in that region gets worse, we can only imagine how this could all boil over.