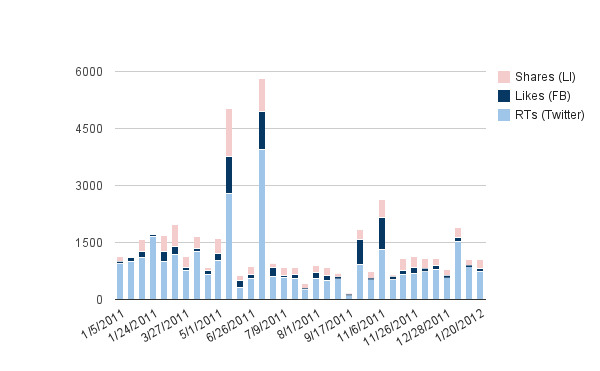 I started to keep track of the circulation of my posts to TechCrunch, now that I’ve been contributing content there for over a year. These sharing stats are imperfect for a number of reasons (such as the site changing, or losing comments, etc.), but over the course of the year, it’s interesting to see the trends and shares per network. The stats that really matter are the number of times a post is referenced in a Tweet, from which you can get a sense of the reach. The highest ones were about Google’s six-front war and illusions in social networks (random!), but also Klout. Since January 5, 2011, I’ve contributed close to forty (40) posts on a variety of topics.