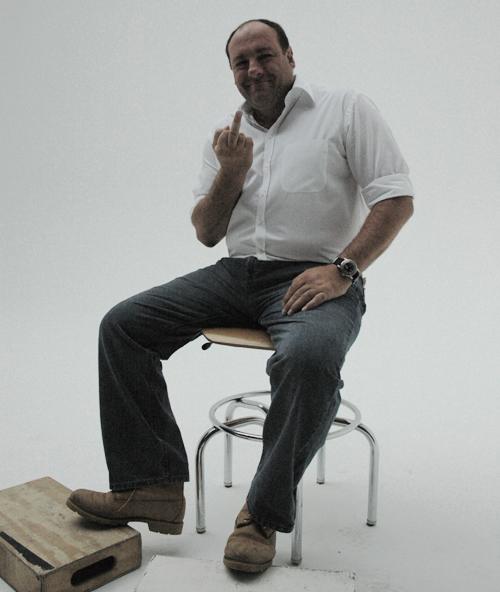 Like millions of other people, I was really sad to hear about the sudden death of James Gandolfini. There are many great actors across television and the silver screen, but only a few have the skill, timing, and luck to walk into a role and become it forever. I think of people like Anthony Hopkins becoming Hannibal Lecter, or Jon Hamm becoming Don Draper, the type of role which is so universally recognized the actor or actress sort of has a hard time stepping into another character. A nice problem to have…

When Gandolfini passed away, like many of you, I saw more and more articles about him pop into my Twitter stream, more than I thought would. I wondered, why? Then, I read them. Turns out Gandolfini wasn’t just a great, universally recognized celebrity, but he was also an ordinary man who understood deeply that he had luck, too, and he quietly sought to spread his good fortune to others without seeking fame or recognition for it.

All of these accolades have trickled out posthumously, a testament to not only how many people Gandolfini touched, but also how deeply. First, there’s this story about how Gandolfini invited both A-listers and no-name friends in his apartment building to hang out and party in his pad. He also paid for the college tuition of his building’s doorman’s kids. Second, there’s the story of how he found and helped the young entrepreneur watchmaker Michael Kobald (see awesome picture from link) and, without asking for anything in return, offered to buy his watches, to endorse them, to advertise them, and to design one of his own signature pieces. I mentioned this to a friend and their remark was insightful — it seemed Gandolfini not only appreciated true, human craftsmanship, he used his own celebrity and leverage to help others get discovered, perhaps fueled by the fact Gandolfini didn’t buy into the celebrity ego of his own greatness, but rather he realized he was lucky, that others gave him a break, and that he wanted to spread around his good fortune to touch the lives of others.

In the world of entrepreneurship, just like life, things aren’t fair. Smart people fail. Not-so-smart people can succeed. Humans want to think they can be clever, that the data won’t lie, that one can rationalize any decision or outcome. But, I believe there is a considerable amount of luck involved, and many folks seem to forget that. They become biased, or entitled. Or both. And, in the process, their view of how others may succeed or “get lucky” hardens, becomes slightly distorted. It’s rational to act this way, in a sense — there is some survivorship bias that’s very strong. In my world, in the Valley, I know some Gandolfini’s exist, some people who have “made it” who seed first-time, unproven entrepreneurs of all stripes who convince them of their craft, of their passion. I’m hoping they’re accessible, that they make time to meet with flyby politicians as well as young kids coming to the Valley for the first time. I’m hoping they help promote young product makers and help groom future marketers and salespeople, without asking for advisory shares in return. I’m hoping they write checks as true “angels,” not asking for metrics or waiting until someone has gained traction. I’m hoping they know how random every twist and turn is, and paying it forward isn’t just about money, it’s about the time spent with others.