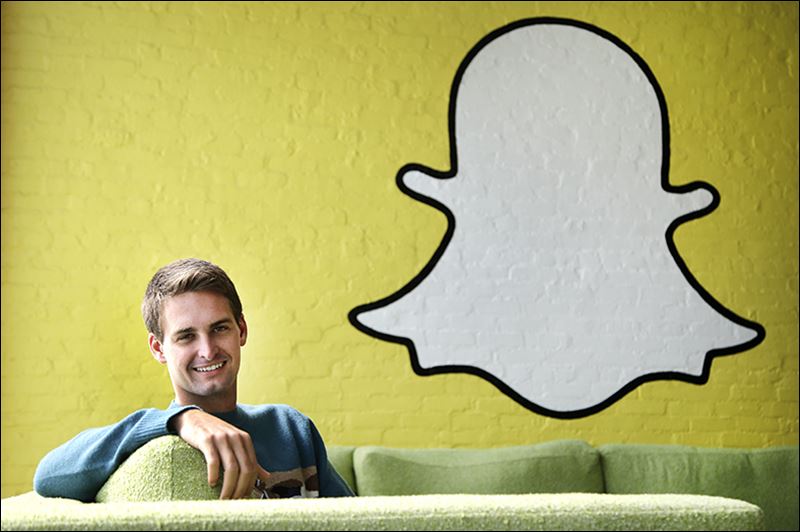 At the end of each year, I like to pick one company that truly was a “breakout.” No surprises here, but an interesting framework to consider…

Last year, as 2012 ended, I scanned the early-stage startup landscape and tried to identify one company that was a breakout for the year — I ultimately selected  Stripe, and explained why, here. I liked the thought-exercise so much I decided to do it again this year, and it didn’t take much deliberation to choose Snapchat — in my personal opinion, the clear breakout consumer product of 2013. The framework is provided courtesy of Fred Wilson, a high-level litmus test that, when applied, starts to make the improbable seem obvious in hindsight:

The Right Person(s): Clearly the Snapchat founders are smart enough to build something on their own, to iterate on their vision for a product, and to navigate the choppy waters of the early-stage app ecosystem and investment market. Once Snapchat made it through Series A and the 2012 Christmas “present” from Facebook, the company’s CEO Evan Spiegelassumed the mantle of “David” against Zuckerberg’s “Goliath” and became the  person who embodied this character.

The Right Idea: How many times have you been presented with the option to sign up to a new service by using Facebook Connect alongside terms of service disclaimers including “We will not post any information to Facebook”? Snapchat’s value proposition is essentially the modern, mobile, digital reflection of those types of disclaimers. Even with family over the holidays, when pictures are taken, you hear more than just one person blurt out “Don’t post those to Facebook!” The idea of Snapchat — to allow people to share images without posting to the web or Facebook — was definitely the right idea.

The Right Product: Building on the idea of Snapchat above, the actual product, like Instagram, unbundled one of the most important parts of Facebook — mobile photographs. However, once Instagram became a part of Facebook, and once those images helped build Instagram user profiles on the web, one could argue mobile-only Snapchat unbundled the forced permanence, faux-filtered finishes, and broadcast nature of Instagram to put people and faces at the center of images and to share them with individuals or groups in a more private, time-sensitive, mobile-only, intimate way.

The Right Time: In 2013, the two leading social networks made big moves — Facebook transformed enough of its business to mobile to convince Wall Street that big profits could continue to roll in, and Twitter finally went public and is performing well even with spikes in trading volume. At the same time, however, mobile messaging apps, especially those from Asia, grew so big, dominant web platforms finally took notice, seeing them as a new platform threat. All of these companies combined could one day represent nearly one trillion dollars in public and/or private valuations, so as the market recognizes this, a property like Snapchat can easily be perceived to be worth much, much more than we imagine today.

The Right Market: Mobile. Mobile. Mobile. User-generated pictures taken and viewed on mobile devices. A demographic centered around mobile-native teens and expanding rapidly. A communications app with network effects that can spread globally because the medium is universal. Oh, and mobile, mobile, mobile — a shift so huge, it could still be one of the mostunderhyped trends in technology relative to its scale.

And, there you have it — Snapchat is  the “breakout” company of 2013. I’m not  going out on a limb with this one! In about a 12-month timespan, the company grew exponentially, became one of the most dominant mobile photo-sharing networks, rebuffed multibillion dollar acquisition offers from the two dominant web companies, and closed increasingly bigger Series A, B, and C financing rounds from some of the most successful investors at each stage, including the most recent round led by one of the world’s leading tech hedge funds. While the future of Snapchat is uncertain — will they be able to sell ads, deliver ads without ruining the user experience, capitalize on in-app purchases, or sell itself in early 2014? — the app remains at the top of the charts and shows no sign of slipping. For all of these reasons, Snapchat is 2013’s breakout.