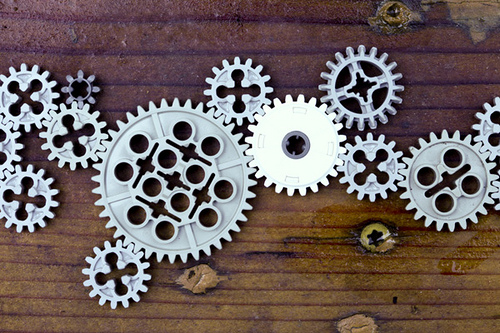 This week’s column looks at the strategy of being a background app in mobile...

Yes, we all know…If you’re readingTechCrunch, there’s a great chance we all look at our phones too many times during the day, during meetings, during conversations, during dinner, and every other piece of dead time in between. Mobile apps and the connectivity they provide to us induce addictive behaviors. So, as we think about how mobile evolves, two questions have been on my mind: (1) Could information be pushed to us (beyond push notifications) such that I look at my phone less? And, (2) Will there be apps which passively collect data from my phone, while running in the background, that will improve the notifications mentioned above?

Today in mobile, push notifications hold the promise of native re-engagement tools. Just as it’s hard to even get others to discover and download your app, it’s equally hard to get them to re-engage with your app. Where else could these notifications go to make sure we see them? Email is the next best channel, and with deep-linking becoming more uniform, helps developers touch users and coax them back into their silos. Maybe this is where “wearables” will come into play? Notifications can be sent to a wristwatch or connected glasses, but will we even use these new devices? And, maybe those notifications are just passive, or the types that bring us back into the phone. What if an app sends me great push notifications but I don’t go into the app — is that helping a developer today, or will that provide value in the future as the manners in which we use our phones evolve?

Now, what if we let apps just run like gears in the background after download and collect data for us? We wouldn’t have to open the app all the time and input information. We may occasionally go back into the app to see how our data is presented, or search for something in the past, but it wouldn’t require daily or even weekly active uses. Lately, this could be apps like Heyday and Memoir, which automatically create personal journals based on mobile activity. Instead of being inside our phones chronicling every check-in, or while we are out and about, such as Strava for cyclists, or using Automatic to track movements in the car. For instance, I have my Automatic set to turn on whenever I’m in the car. I rarely go back into the app itself, but I’m using it every time I’m driving. I’m certainly hoping one day I can do something with that data, but we shall see.

Now, let’s take a step back as 2014 commences and everyone recognizes the scale of the platform shift presented by mobile…

All of our attention is on mobile, and rightly so. As a result, investment dollars are focused on mobile, but most of those are chasing apps which could reasonably or already have achieved breakout status. There aren’t many of those. We may all focus on the daily swings of the App Store rankings or get sucked into what’s happening in a category, but if consumers aren’t using an app multiple times a day, the future of that app may be grim. Investors know this, which is why apps with serious daily engagement (like Snapchat) command such high valuations. Add on top of this the sheer number of people who are building new apps daily, and the competition is insanely intense.

Given the current atmosphere, could apps make a bold enough consumer promise to work smartly “in the background” and not ask for daily attention from users? That’s what I’ve experienced personally with Heyday so far, as an example. I know this app will make searchable journals for me based on photos and my location, and I can see them adding in people (as the app spreads), and then perhaps integrating data from Strava, Automatic, and the like. As a result, I let it track my location, I let it access my photo roll, and so forth. There’s a trade taking place, and while I don’t go into Heyday more than once a week, when I want to search for something the past, it’s usually there, right at my fingertips. These types of apps are like gears in a machine. We don’t see them every day, perhaps only when we need something at a specific moment, but we need them to work constantly and consistently for us. These gears could also make other systems run or even possible in the future, in that way, become platforms. While it’s early days mobile, it’s every earlier for these types of background apps, but I think it’s starting to turn in this direction, and with the competition for user attention so fierce today, apps that work like gears do, indeed, present a passive yet potentially aggressive mobile app strategy.