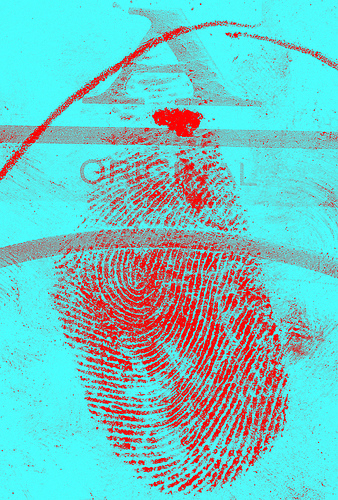 This week’s column looks at the intersection of “mobile identity” and device-specific verification systems, such as TouchID…

About three years ago, Rebekah Cox, an early product designer at Facebook and Quora, tweeted: “The first company to fully execute on embedding your identity into your phone (making a truly first class experience) wins the next decade.” The tweet was widely-circulated, and given Cox’s experience, provoked thought. A day later, she expanded on her tweet by writing a longer post on Quora, titled “Mobile Identity.” It’s an excellent post and worth reading, as she explores the intersection of mobile, identity, and permissions to interrupt — it’s deeper than what I’ll write about here today (I’ll focus on iOS), because for now, the building blocks for mobile identity remain to be seen.

It’s cliche yet true, today’s mobile phones are quite personalized to us. We download the apps we want, arrange them according to our tastes, and dispose of them at will — all with the press and quick tap of the fingertip. Yet for those initial years, our ability to obtain these apps and interact with them often required personal account creation — on iOS, we need an iTunes account, which requires a credit card, to download free and paid apps, many of which require us to create usernames and passwords as a proxy for identification.

More recently, the big social networks offered a login alternative, such as “Sign In With Facebook,” a seemingly lower-friction onboarding flow which came with the promise of exporting standardized data across apps and sending more data to the application developer who, in turn, could theoretically build a better offering. While many people remain comfortable (or lazy) to still sign in with Facebook, many people have grown weary of sending too much personal data to Facebook or are fearful of autoposting mishaps. (Some apps offer to sign in with Twitter, though those are often less about identity, and more about connecting services for sharing. Tangentially, a system like Uber could grow big enough to own its own purchasing-related mobile sign-ins as well.)

In 2013, Apple unveiled TouchID as a fingerprint-reading technology built into the phone’s home button. TouchID allows iPhone users to unlock the phone (instead of using four-number passwords) and interact with iTunes stores (touch to buy instead of constantly inputting the same password). Though TouchID isn’t entirely reliable for everyone today, it remains to be seen if the system improves over time (this is v1) or if it goes the way of Siri, a technology that even the most ardent Apple fanboys admit has been a big disappointment. Certainly, if TouchID grows more reliable, it could be a big boon for third-party developers with easier downloads and in-app registrations and purchases.

But, that’s what “could” happen — we don’t know if it will. We don’t know if our phones will use the front-facing camera to quickly scan, record, and match our retinas instead. Or, maybe that solution would take too long to be worthwhile? Or, maybe technologies like Siri (or others) could advance to the point where our devices would recognize our voices, a sort of “Open Sesame” type of world. Or, maybe our devices will become intelligent enough to know its owner is holding it simply based on how the device is held, the pressure used, the motion in which we hold and move those devices.

Those all sound nice and futuristic, but TouchID seems the most plausible route, and while it’s early days, it will be exciting to see it get better (hopefully) and proliferate beyond unlocking phones and purchasing content from iTunes or the App Store. Yet, all this said, the deeper vision laid out by Cox — a mobile future in which we fully control the permissions for others to contact us and take away our attention — seems further away now, especially with recent changes in how iOS handles notifications. If Cox is right, that the company which nails mobile identity will win the next decade, it would appear that the fight is too early to call. Apple squeezed most of the handset (and tablet) profits out of the market, Android has blanketed devices worldwide across many platforms, Facebook’s “Home” may have be in its early days, Asian players like Xaoimi are sneaking up on the west, and community of Android developers have rallied around CyanogenMod as a new type of mobile OS sitting on top of Android. So, when it comes to true mobile identity, the future (for now) may be out of arm’s reach.