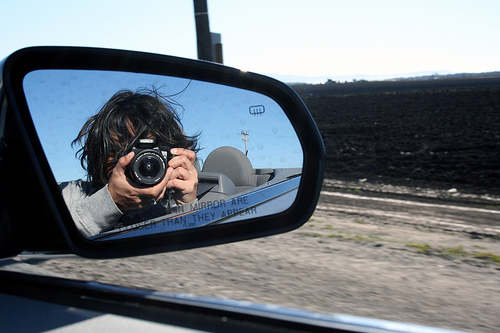 These are my recipes for building breakout mobile apps. I’d love to meet people building products with these categories in mind…

Every Sunday, I try to write something about mobile that’s relevant today or tomorrow. This week, I thought it would be fun to briefly look back in time. When it comes to mobile (and this doesn’t include gaming), the apps that have proven to breakout either harness the phone’s most important sensor (the camera), tap into a network effect (mobile messaging), or use mobile to aggregate consumer demand, which is then fulfilled offline (services). The opportunity for new startups is very large, perhaps a once-in-a-lifetime window, which results in challenging, fierce competition and apps littered in deadpool folders across our phones. The good news is that you’ve all been focusing on the right areas — below, I’ll repost a few (potentially embarrassing) snippets from my older columns I’ve written about these categories specifically, which will remind us just how many apps are vying for our attention, how the eventual winners were right in the mix, and how enduring these categories will be in the future.

Let’s start with everyone’s favorite, photo-sharing apps: Despite the chorus of people who reflexively decry photo-sharing apps, this is just the beginning. Photo-sharing is the consumer interaction that people get tired of because of all the apps doing this, but this misses the larger point — that the camera has always been and will continue to be the most important sensor on the phone. (Yes, GPS is important, too, and will grow into itself over time.) In December 2012, right around the time the world starting hearing about Snapchat, I wrote a column titled “It’s Early Innings For Digital Pictures,” with the following opening:

In the few years I’ve been in Silicon Valley, if someone asked me to sum up — in one word — what defined and dominated consumer technology applications during that time, I’d have no choice but to answer: “Photos.” Now, it’s easy for others to sit back and roll their eyes at the thought of it. “Why not solve big problems?” an aggravated chorus might wail. Looking back over this time period, the big events touching on digital pictures gained outsized attention: The launch of iPhone 4, with its incredible camera; the meteoric rise and acquisition of Instagram; the technical achievement unlocked by Lytro; the influence of the Pinterest design on nearly every e-commerce site; our narcissistic addiction to Timehop or delight in depositing checks through our bank’s mobile app; today’s fascination with exploding pictures, courtesy of Snapchat; and on the horizon, one of the most anticipated interface advancements: Google Glass.

Next up, apps that leverage classic network effects: To say that the ease of mobile distribution (for the right apps) at this moment in time is attractive would be a huge understatement. In the same manner venerable companies were built on the network effects of the web, we’re beginning to see what these effects look like on mobile. No analysis is needed, because after some major acquisitions, we all know these network effects are immense. Three years ago this week, my column for the week was titled “Mobile Messaging March Madness,” largely written as such because I was trying out two to three new messaging apps per week and couldn’t keep up. Yet, despite all the noise of that competition, it turned out everyone listed was working on the right problem — it’s just that everyone can’t win. I ended the column with this closing, which if read today, may (unintentionally) shed light on some of Facebook’s thinking:

Mobile and group messaging is attractive to investors, entrepreneurs, and users alike. If designed well, they could leverage network effects to amplify participation and enable the application of proven revenue models. This is a new class of social company, built entirely with mobility in mind from Day One. They are designed within a post-PC/laptop mindset. These companies will begin by drafting behind the lead cars in the social networking race. The most recent entrant into this red ocean — Color Labs — may have just made the waters a bit more red. We oftentimes take for granted that all of the established social networks will persist over time and satisfy most of our needs. Some realize building seamless, easy-to-use systems will create significant value for larger players because they weren’t originally built with mobility in mind. And some will perhaps break through and create their own lasting social experience.

And finally, we have the apps which aggregate consumer demand on mobile devices, but fulfill that demand through offline services: The shining example here is, of course, Uber, which has demonstrated people worldwide expect to download mobile software, sign up quickly, tap a few buttons to place an order, which then arrives within a reasonable time. The model works so well it has spawned scores of new companies who will deliver your groceries, send you deliveries, pre-order items for you, and much more. Yet, the devil in these details is that local service models take real work to scale geographically. About a year ago, I wrote a column called “Lessons We Can Draw From Cherry,” the car-washing service which I used and liked, but ultimately folded. I closed that post with the following:

It’s easy to mock Cherry as a small idea, but I give them credit — and hey, they could still do something new and interesting. They went out, delivered a service, and while there were some hiccups, their shutdown creates a learning opportunity for the ecosystem which is especially timely given the companies I’ve mentioned above, and the venture capital (and time) needed to make these things spread offline with real margins. In the past few months, I’ve grown concerned that these offline, non-technical, and operational elements aren’t taken into humble consideration or waved off as being “easy” to execute on. Too many people think to themselves, “Hey, we’ll do what Uber did, no problem. Well, what Uber did and is doing is really, really hard, and they still have a long way to go. It’s also important to recognize that Uber is mostly a marketplace and doesn’t handle labor as much as some of the other companies. Managing and training labor is time-consuming and expensive, and can negatively impact all three dimensions listed above. When Uber was raising their early venture and growth rounds, some investors still passed on the deal because while they liked the transaction volume and offline scaling proof points, some questioned the robustness of margins. To each his/her own. That said, if Uber had such a tough time and fought through it, I’d imagine everyone else in this broad category will go through as much pain or more in order to get a peek to the promised land in the horizon. Yes, it’s a fight worth fighting for, but as we see with a company like Cherry, which probably had enough cash to keep going for a bit longer, there should be no illusions in how hard it will be to get there.

So, what’s the point of all this reflection regarding consumer mobile apps today?

My interpretation is that these are all good reminders for all of us who play in the mobile ecosystem — founders, operators, investors, and reporters — that when it comes to breakout mobile-first companies, the breakout categories are quite clear and any entrant should expect fierce competition. That said, there are lessons to learn from what previous companies have done right as well as those who didn’t quite make it. And, many of those lessons have a longer shelf-life than we may like to admit. We live in a world with two relevant mobile operating systems built by companies with lots of influence, power, and cash. We live in a world where we expect everything to be mobile tomorrow, yet only a few categories produce these breakouts today. We live in a world where we expect new mobile software to be pretty, with slick designs, yet some of the biggest apps appear to have very simple user interfaces. We live in a world where we expect mobile software to scale effortlessly with a few clicks and some well-timed PR hits, but to bring an Uber-like model to other locations requires dirt-under-the-fingernail tactics that are mostly executed offline. Every now and then, I like to make sure we all look at the forest and the trees, because we could potentially already be using the next big thing, or have used some version of it before.