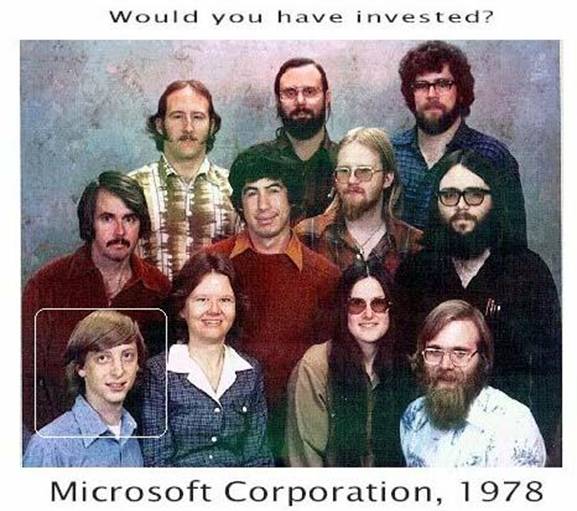 I had to weigh in on the fact that Microsoft Office applications are now on iOS, and doing quite well…

Finally, Microsoft’s flagship Office suite (Excel, PPT, Word) is available on one of its key rival’s mobile operating systems: Apple’s iOS. Nearly seven years after Steve Jobs unveiled the iPhone, Microsoft has finally built native products for Apple’s iOS to extend its popular, high revenue-generating Office suite to another platform. It begs the question: Why so long? The easy, quick, and snarky answer is to suggest that Microsoft finally surrendered to the new mobile platform gods — but, that would be too easy. Perhaps, under new leadership, the powers that be at Microsoft conceded that, when it comes to mobile, the Windows platform and Surface lines, despite passionate attempts from within, wouldn’t hold a candle to the current leaders in the mobile platform wars.

Today, in the fast-paced world of technology startups, Microsoft may be perceived to be “late,” but in the future, history may be much kinder. From Microsoft’s point of view, prematurely rolling out Office through iOS at a time when the company had already made hardware-level commitments to the Surface line as well as investments in the mobile Windows platform could have been seen as contradictory and potentially self-defeating. We can argue the merits of their strategy of trying to compete with iPad by bundling Office with the Surface (and other techniques), but that is the choice they made. Now, finally, with iOS and Android set as the main mobile operating platforms, it’s good to see Microsoft rolling out Office products for iOS, even if larges swathes of a generation have shifted over to Google Docs as a replacement of key Office functions (this could be the subject of an entirely separate post) or grown more attracted to new, native mobile document software offerings, such as Paper, Quip, and others.

It would be shortsighted to pick on Microsoft, so I’ll give them credit for making the changes it needed to make at the top (though there’s a long way to go) and delivering on this one of many promises to extend its reach into mobile platforms where users actually are. Moreover, customrs are happy so far. What this comes down to is how a company, or how individuals at such companies, react to big platform shifts that threaten the status quo of their business and revenue lines. My gut belief is Microsoft will be OK in the near-term, and they have enough cash to buy their way out of other holes they’ve dug for themselves.

But, what about other companies that waited too long? What about other companies which let pride and ego get in the way of reality and clouded judgment about the implications of these platform shifts? For instance, consider Nintendo, a company that triggers nostalgia for me (Legend Of Zelda!) — since the release of the iPhone, Nintendo has seen its market cap shrivel dramatically, all the while holding on to the console wars (this could also be the subject of a separate post) while simultaneously resisting building software for the new mobile platforms. The cost, as we all know, is potential irrelevance. Or consider Blackberry, which had one one of the stickiest mobile messaging products — Blackberry Messenger (BBM) — only to release its Android and iOS offerings after the company got beaten up severely even since Steve Jobs unveiled the iPhone. Actually, Blackberry was worth almost 30x what it is today back in the summer of 2007. Now with native, mobile-first messaging giants like Whatsapp, Line, WeChat and many others have leap-frogged BBM (that’s an understatement) and left Blackberry hanging around by a lifeline, too little too late.

Usually my weekly columns here at TechCrunch are all about mobile. Today’s column is triggered by something that happened in mobile, but the larger point is about how larger (usually incumbent) companies think about and react to potentially large platform shifts as opportunities and/or threats. We are living in a time when technology is riding high and showing little signs of stopping, and underneath this swell of activity are newer, emergent platforms — like mobile — which could dramatically alter industries and the profits of corporations who dismiss them. In the Bitcoin protocol, we have a new platform for how to store, transfer, and trace payments, among other use cases; in the realm of virtual reality, Sony announced their offering to critical acclaim at the most recent GDC in San Francisco and Mark Zuckerberg bet about 1.5% of his company that Oculus VR would be a killer platform for Facebook; or equity crowdfunding platforms like Kickstarter, CrowdTilt, and AngelList, among others, could alter how current middlemen financiers earn both fees and carry on investments. Or, consider the advent of 3-D printing — how will large toy manufacturers and other consumer and industrial goods companies react to the disruptive effects of this new printing platform?

Companies bearing household names and long histories should be take note of Microsoft’s move this week, however subtle or small compared to its balance sheet. For a moment in time, resisting new platforms can fit into a corporate strategy, and there is something to be said for loyalty to an existing team and vision. However, over time, companies must constantly ask hard questions and reassess the growth of emergent platforms and not make small moves too late. Often, these platforms can get so big, they turn into unstoppable movements. Mobile, as a platform, is so massive (and still growing), it has indirectly incapacitated other companies who resist it or who wait too long — and these emergent platforms listed above could be just as big. We don’t know yet, but for companies who make their living further away from the means of true production, beware — the one thing these new platforms all have in common is they continue to squeeze the middlemen in the chain. Given these conditions, Microsoft pulled off what it needed to do and deserves credit. Oftentimes, they’re an easy target, but let’s not forget the company has a long history and remains formidable today. As it turns out, for Microsoft, it’s never too late to arrive at the party.