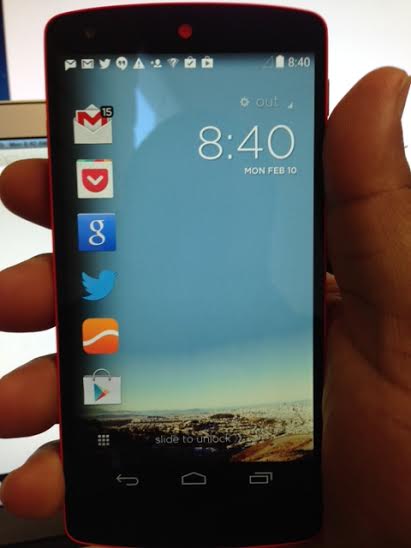 This morning, Cover (maker of an intelligent cover screen for Android phones) was acquired by Twitter. Terms weren’t disclosed. Earlier in 2014, Yahoo acquired Aviate, an intelligent home screen for Android phones — again, terms weren’t disclosed. All of this after Facebook launched “Home,” an ambitious idea which may have been a bit ahead of its time. With Android, the customizability of the mobile canvas has attracted the interest of a range of creative developers and larger technology companies, each one trying to figure out what novel hook they can leverage inside Android, one of the world’s most important technology platforms.

A company like Facebook is such an outlier, they can conceive of a product like “Home” and noodle on it for years. They have the distribution power and financial might to muscle their way onto phones, if they so choose. For a company like Yahoo!, which hasn’t been shy about using a mix of stock and cash to acquire mobile talent, a pick-up of Aviate gives them exposure to one of the next platform frontiers — yet, while they don’t own the distribution channel, they could theoretically drive lots of existing Yahoo! Mail users to Aviate. Let’s see.

With Cover, Twitter has purchased a great team and interesting asset. I’ve been using Cover for a few months now — what I love about it is that it harnesses implicit signals from how you use your phone to create a profile that intelligently presents with the user with a choice of 4-5 apps that you are likely to use at any given time. So, instead of having to swipe open your iPhone, unlock it, and then hunt and peck to get inside an app (or opening the phone via a push notification), Cover empowers the user to slide right into the app of choice. It’s quick, and it rewards true engagement of an app — not just deadpool downloads. If people open their phones about 150x per day, that’s actually meaningful seconds being saved. But, Cover doesn’t control their destiny entirely. They’d need to find distribution on Android, and we all know how hard mobile distribution is. So, now with Twitter, perhaps they can get distribution on Android somewhat similar to how Vine achieved lift-off enjoying Twitter’s distribution might.

All in all, while Android is a fun, malleable sandbox to play in, all of a sudden it’s in the news again. The myth of Android first — which is, of course, very true for early-stage technology startups. Or, how much power the two mobile platform gatekeepers truly wield — despite all the innovation possible on Android, an app like Cover, no matter how slick or innovative, isn’t likely to grow on its own, but rather be subsumed into a larger company which has its own channel. These are the realities of the bi-polar (in a geopolitical sense) mobile world we live in today — governed by two great powers, each with their own strengths and weaknesses, who make it easy for the next photosharing sensation to scale the charts, yet also make it quite difficult for users to discover the apps they may love. I don’t think that is intentional, by any means, but given how much we look at our phones, and given the growth of Android, and given Cover’s novel, simple, elegant solution, it’s telling that it’s best home now is another technology company. I think it’s a smart pickup, but everyone in mobile should be aware.