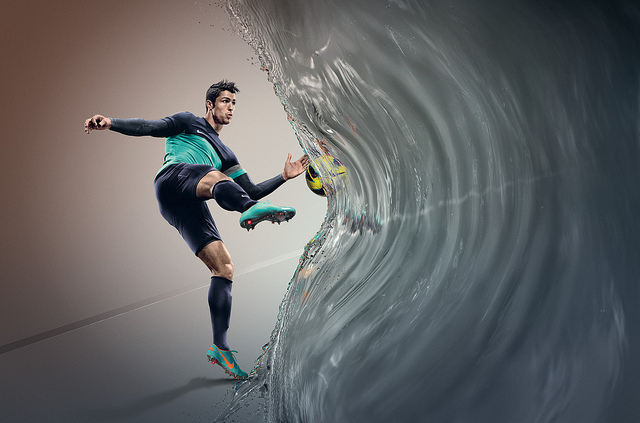 This past week, conflicting reports about Nike leaked, suggesting either big changes or outright abandonment of its high-profile Fuelband line. For those focused on the intersection of digital health, wellness, mobile startups, and wearable technologies, a move by Nike, one of the world’s most iconic brands and visible companies, will be examined under the microscope.

With the news swirling about the future of Fuelband, chatter has focused on the prospects for wearable hardware moving forward and what moves Nike makes as a result. Will they acquire a new team to rethink Fuelband? Will Nike instead attempt to connect items that they already sell? Will they just focus on mobile software, and if so, how will they get the data and distribution? The answers to these questions may help us all sort through how technology startups in this space may best position themselves moving forward.

As reports conflict with company statements so far, I’ll lay out their two scenarios and briefly discuss what options could make sense:

Keep The Fuelband, Change The Team: To Nike, having user data is important, so there’s a decent rationale here. Well, good luck. There are very few teams in the world that can build fully-integrated hardware and software products, and this is in part why Google shelled out over $3Bn for Nest and wired about $1Bn of that directly to Tony Fadell, who had learned his craft under Steve Jobs at Apple. Companies like Jawbone have now reached an orbit and breadth of offerings which would make an acquisition difficult to swallow for Nike. Smartwatch makers, like Pebble, likely have too much upside ahead of them to concede at this moment.

Abandon The Fuelband, Focus On Software And Services: Makes sense on the surface, but I’ll contend again that Nike needs to access user data in order to provide these services. The Fuelband was their data capture vehicle, so without that device, Nike could either (A) build out its own branded software-focused products across iOS and Android, focused on the application layer, but there they’d be competing with (B) a number of health and fitness apps which already have distribution, consumer attention, communities, and data. (For more on this and the startups in this space, click here to see a great Twitter conversation I had this morning with Barry Graubert and Arjun Ram.)

These aren’t the only scenarios for Nike, a $65Bn company. Back in December 2012, Nike announced a partnership with TechStars to leverage the company’s existing technologies. It’s very possible Nike had already considered these scenarios years ago in inking such deals, and those relationships likely provided the insights to eventually plan for a mobile software-focused strategy. If eventually Nike moves away from hardware (which I think they will), it will have started out with an Apple-like strategy of being vertically-integrated between its own hardware and software offering and potentially will end up with a Google-like approach focused on mobile software and services.

Additionally here, Nike can take advantage of the onslaught of off-the-shelf sensors hitting the market and mobile hardware advancements (like Apple’s M7 motion sensor in the iPhone) to create the next great mobile health and wellness service. Or, maybe Nike will elect to eventually take a Facebook-like portfolio approach and focus on buying products to access user data? It’s no longer a crazy idea.

While all of this is easy to chart out on the whiteboard or a blog post, an ominous storm looms over the horizon for Nike and their desire to crack this space. While they were figuring out Fuelband and investing in the startup ecosystem via TechStars, a handful of small, scrappy, focused startups (isn’t this always the case?) have been aggressively building health and wellness mobile products and communities for the mass consumer market. in the context of user data and graphs, startups like FitBit, Jawbone, Runkeeper, Fitocracy, and others have a terrific chance to own the space inbetween the consumer and his/her data.

For instance, Runkeeper, a startup focused entirely on building software products for the running community, has been one of the first teams to take advantage of the M7 sensor in the iPhone and deliver more value to its loyal base — and this week, they announced yet another app to their suite, Breeze, which tracks a user’s steps. It sounds cliche, but small, dedicated, driven teams focused on these seemingly narrow challenges and opportunities are more likely to find the speck of white space to leverage current technologies and build incremental value for their users.

And, if that is an immutable law of small teams versus big corporations, in the world of consumer health and wellness, Nike is presented with a complex challenge in order to preserve its self-proclaimed association with victory.