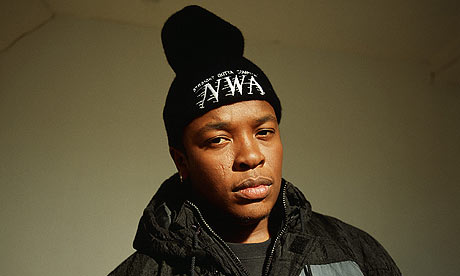 Every now and then, things don’t go according to plan — the assumptions we hold, our conventions, are challenged, tested, and even shattered. It happened a while back in 2011 with Pinterest. In early 2013, it happened with Snapchat, and then this year, with Whatsapp. Each time, it’s as if something sneaks up on the chattering class, shocking them in unison, challenging the conventions of what should happen in the normal course of business and in life.

I’m not sure what is real or what is speculation with the latest news, to be honest…but today, I knew one thing: I was really happy about the story of Dr. Dre. That’s pretty random for me and this blog. I’m a big music fan and used to actually write for a music magazine in NYC in a previous life. I can’t say that I would have ever thought of Dre again, but I found myself tweeting about him all day: The fact that he found a technical co-founder, the fact that he is not from the Valley, the fact that he is self-made, and on and on. Sure, it’s in good fun, but he is also a real person, someone who struggled to stay in high school while his parents divorced, had step-siblings pass away, and eventually found his calling in the DJ clubs, discovered a “Who’s Who” in rap (and became one of the greats himself), and has expanded from music into other arenas — the rest is history, which I’d encourage you to glance at here.

That’s why I was kind of shocked at how many people on Twitter — the twitterati in tech, if you will — were so surprised, dismissive, or even just downright against the thought of Dre and his team would create something of so much perceived or real value. I thought about it all day, in fact, until I realized this story line fits the others listed above: It breaks convention. On paper, it doesn’t add up or make sense. And, it’s that misunderstanding that can at times drive insane value to compound over time. Consider that sophisticated investors 100 times over passed on Pinterest, and the company was clubbed into dilutive financing early in its life; or consider that Snapchat was seen as a tool for illicit image sharing among teens, until it grew to the largest photo network; or consider how Whatapp shattered nearly every Valley and startup maxim in the book on its way to a jaw-dropping exit — and in spectacular fashion.

For most people who read this blog, the protagonist in today’s story does not look like us. He is not from here. He doesn’t have a path we understand. And yet, not only does it not matter one bit, but it likely gives him a power and perspective so great, we still underestimate it today. So “Chirp, Away,” I’d say, to all the critics, naysayers, haters, and those in disbelief, because in reality and over the arc of time, the Valley may actually be much less about convention and is likely much more about creativity, the inexplicable, and uncomfortable change.