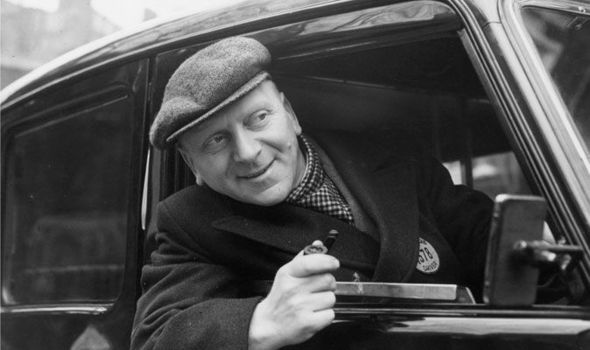 Of all the places in the world where Uber really gets under the skin of others, London takes the cake. Why it does so warrants more examination. In London, cabbies are required to master the old city’s streets, all the nooks and crannies, if you will. It can take years (and lots of pounds and sterling) to obtain this knowledge.

In fact, that’s what London cabbies call it: “The Knowledge.”

Now, that knowledge is under attack. Cabbies were tested so as to have maps and turn-by-turn navigation capabilities in their brains. Each cabbie, in turn, had to do the hard work of writing this information to each of their “disks.” While the streets are static, the navigation is dynamic. Then, companies like Google (and others) started bringing maps online, followed by directory services (search) and turn-by-turn directions (navigation). But, up to a point, the convergence of those technologies only disrupted the old external GPS providers like Garmin, TomTom, and so forth.

Mobile, of course, changes everything. Mobile now places “The Knowledge” in everyone’s hands, and by proxy, in everyone’s brains. You can see why London cabbies are worried. I heard one on the radio this past weekend. He doesn’t like Uber. He feels that it’s unfair that his knowledge is now obsolete, or at least commoditized. He feels part of being a cab driver is maintaining a character of person that is higher, though I’m sure cuddly behavior exhibited by cabbies varies on a case-by-case basis. In a matter of 15 years, Google mapped the world, and Apple put those maps in the hands of everyone, complete with static street knowledge and powered by the most dynamic, real-time system consumers have ever enjoyed.

The result is what we see on the news and on the streets of London. Up to a point, human knowledge created a moat for some to earn a steady living. But along the way, machines maps combined with cloud computing on handheld devices created a mechanism to democratize and distribute (in real time) the knowledge that had been trapped inside the heads of a few select London cabbies.

It’s not just cabbies in London who hold “The Knowledge.” Many people in other jobs believe they worked hard to accumulate “The Knowledge” in their own fields, but many of them, too, will experience something akin to what these London cabbies are feeling. Think of mobile developers who have been grinding out cycles of Obj-C only now to have to learn Swift to write apps again. Think of those who report and analyze the tech and startup landscape for a living now having to compete with forums and blogs maintained by those who are in practicing their craft in the arena. Think of the venture capitalists who were trained in their craft for decades and over funds to manage large sums of money, only now to see upstarts leveraging platforms like AngelList and resources like Mattermark to invest smaller amounts earlier into startups.

What was once difficult (and costly) to obtain is now more likely to be commoditized, provided for free, and distributed at the touch of a fingertip or even before we know we need it. It happened to these cabbies in less than a decade. Keyhole (which became Google Maps) was founded in 2001 and acquired in 2004. And, it will happen to many others in different fields. This specific case was only really fueled by machine learning, cloud computing, and mobile networks. What happens when vehicles drive themselves? What about the block chain applied to supply chain management? What about the economic effects of 3-D printing on today’s manufacturing industry? Questions like these are never-ending, and, unfortunately, the answers are going to piss off a whole lot of people.