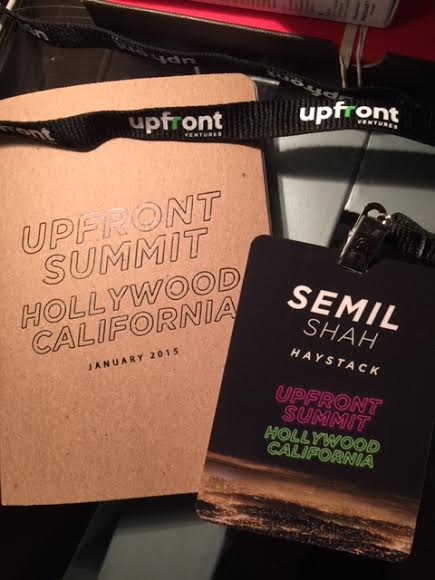 In late January, I headed down to LA to attend the Upfront Summit, which was organized by Upfront Ventures. I had a bit of time before and after the two-day event, so I filled it up with some meetings and talks. I haven’t been writing much over the last month for a variety of reasons, but have a backlog list to work through, starting with this post. Here’s a recap of the trip, which I’ll say was very enjoyable, fun, easy to get around with Uber, and gave me real confidence that the LA tech and startup ecosystem has the makings to be a very durable thing. Thanks to Cross Campus, Upfront, Earwolf, and Amplify for making this a very memorable trip and to everyone who showed up to hear me shoot the breeze on all these topics. I felt at home in LA, and I didn’t expect that nor will I forget it.

Cross Campus
On Wednesday morning, I talked to a small group of seed-funded CEOs working out of Cross Campus in Santa Monica. It was a more private chat, and everyone had products going along and trying to figure out how to get to Series A. The conversation flowed as if I was in the Valley, not somewhere else, and we discussed strategies of how to leverage the Valley’s VC ecosystem from a 1-hour flight away. It’s nice to see these coworking and incubator spaces popping up in the LA area, and I believe Cross Campus is

Earwolf
Years ago, I met Adam Sachs (then with StepOut, which was acquired by IAC) because his company had garnered great interest in India, and I was working on projects in India. We remained friends, and after a while, after Adam moved his family to LA, we reconnected. At the time, I was with Swell and getting into the world of podcasts — so was Adam. He graciously invited me to part of his series on podcasts with Earwolf. In this discussion below (see SoundCloud embed), we spend nearly 50 minutes talking about lessons from Swell, mobile product design, the podcast market, and advice for entrepreneurs in the podcast space. We also talk a bit about investing.

The Upfront Summit
The Upfront Summit was the catalyst for the trip. What a fantastic event. Let me just say that upfront, pun intended. The first day was mainly focused around LPs on stage. Let’s just say the room was so quiet, you could hear a pin drop. It’s been very educational for me to learn more about what LPs do, how they think. That evening, there was a great party, and then Steve, Kanyi, and few others hung out late night. The next day was a more open conference at the Paramount Pictures studio in Melrose. Stunning location. The Upfront team did an amazing job of not tooting their own horn, but rather bringing a range of investors, press, companies, and LPs from the LA region to showcase the region in whole. That takes a lot of thought to sit back, invite other big players, and take the orchestra conductor role. There were great sessions, my personal favorite being a chat with Tim Ferris. The best session overall, however, covered how the LA region embraced VR as a new category. You can listen to the panel here, below. When I heard these guys speak about all the nuance around VR, it was absolutely clear why Zuck bought Oculus and why the deal was a good deal for him.

Amplify
After Paramount, I had a late flight out of LAX, but had some time, so I rolled in an UberX down the hills over to Venice. See the picture below from my Uber, what an epic sunset. Paul Bricault, who is with both Greycroft and Amplify, was kind enough to organize a pretty big event for me at the Gem offices in downtown Venice. We talked about a lot of things such as mobile apps, on-demand economy, Apple’s future ambitions, difference between seed and Series A, and how LA startups could compete for talent with the Bay area. Here’s the full chat below. 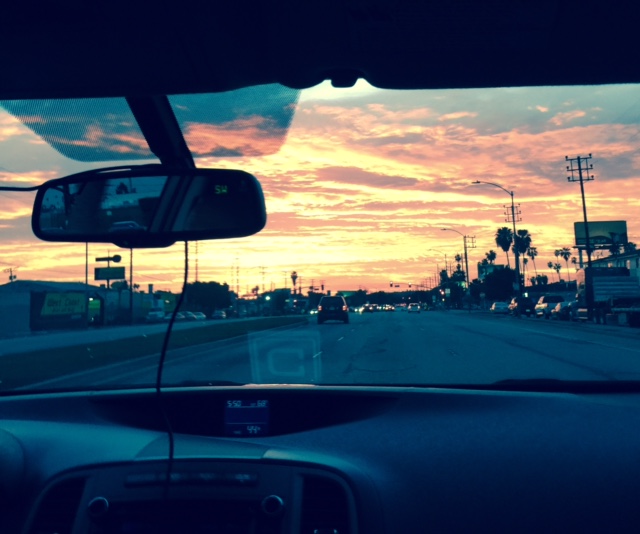