Over here, I’m usually one to write about things, to use words, arguments, structure to share a point of view. Yet, after four years as a small investor (2013-2017), I wanted to examine some data and work with a designer to visualize it. Note, it’s not perfect data, nor data that one should draw any strong conclusions from, but from the world of early-stage investing, there are — for better or worse — more things to look at. With that grain of salt in mind, here are three graphics I’ve shared on Twitter over the past few days. 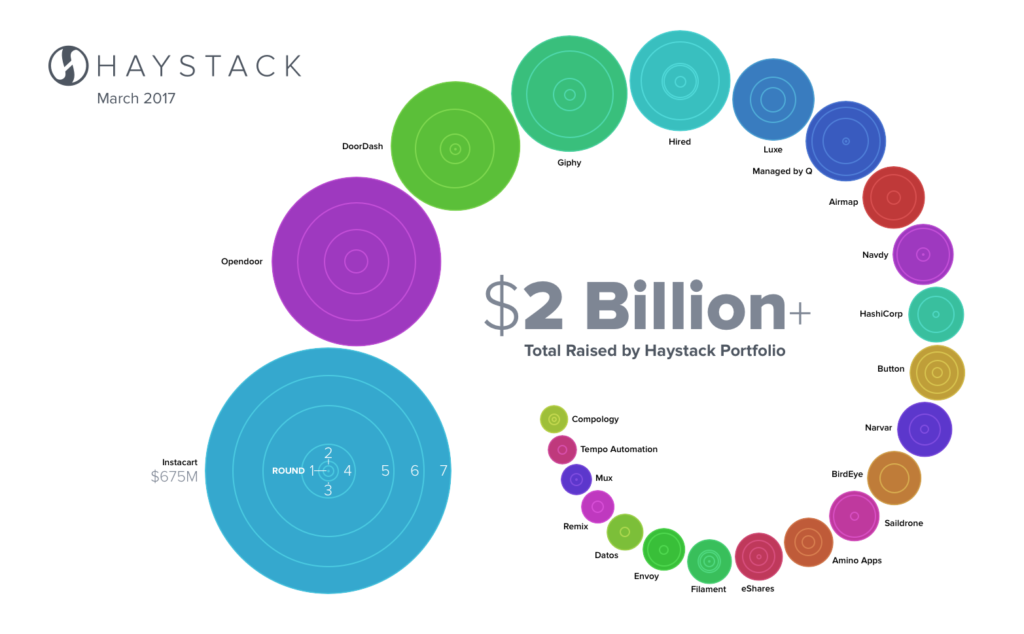 The graphic above depicts the total number of dollars raised by companies in the Haystack portfolio. Of course, part of this is a vanity metric, but to me just starting out, is still interesting. 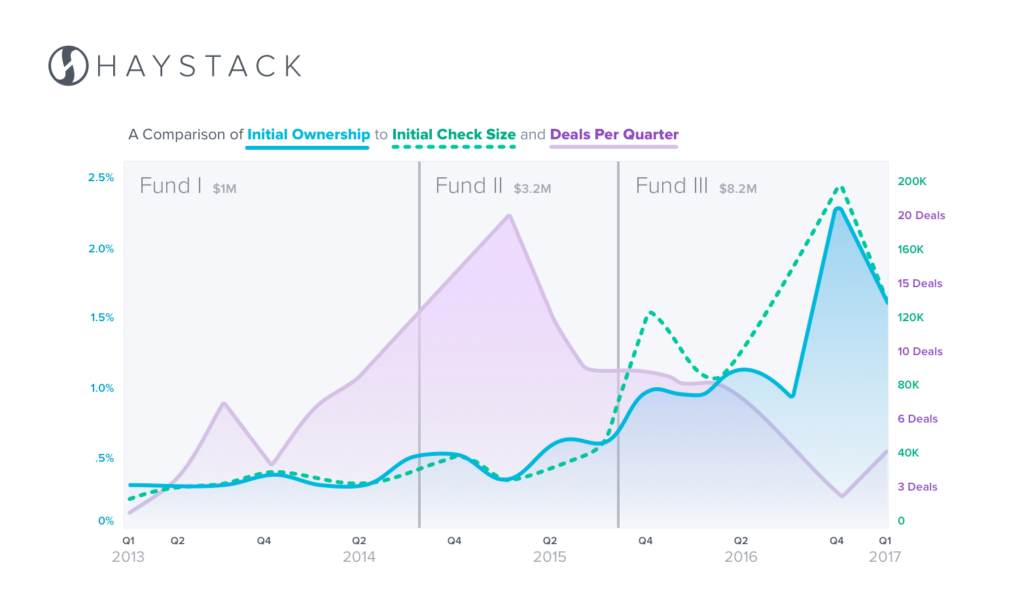 The graphic above shows a comparison between initial ownership, initial check size, and the numbers of deals Haystack has done per quarter. Here, I wanted to see how initial ownership tracked over time. 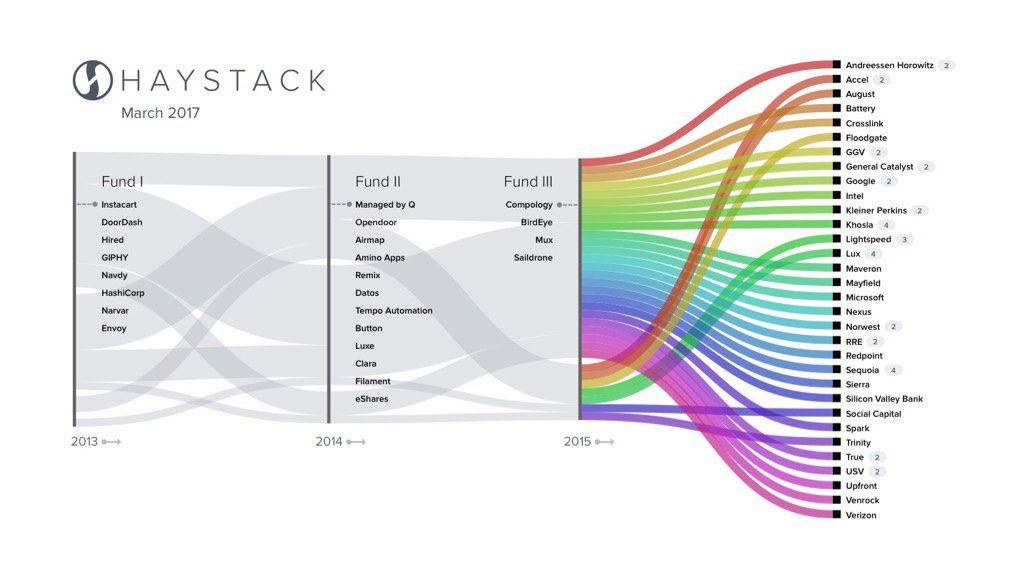 In this final graphic (for now), I wanted to visualize the range of funds (firms and corporations) which have followed-on to Haystack investments.