Too many investors subscribe to the Patek Phillipe school of investing “you don’t own the companies’ problems, you merely hold onto them [until you] can get the company to the next round of investors.” — Micah Rosenbloom of Founder Collective, April 2018

If you’ve followed me on Twitter or this blog, you’ve likely seen me (too often) talk about this term — The Series A — again and again. Looking back on this, in a way, it’s silly; yet, for seed-stage investors and the founders we back, getting companies from seed to Series A is a really important milestone, a milestone I’ve likened to getting into the graduate school of one’s choice. The prestige of the firms who fashion themselves as classic Series A investors legitimize a startup’s ambitions a bit more with their large check and structured investment terms.

At a minimum, getting to the Series A derisks (perhaps temporarily) a seed investment in a world where the shapes of investment outcomes can take a decade or more (consider, Uber is now a decade old and DocuSign, which just went public, was started in 2008). Now, let’s consider some other forces at play: 1/ There’s been an explosion of new funds, most of them at the seed stages; 2/ Many of these new funds have ambitions to scale out and grow their assets under management; 3/ more LP capital is coming onshore and clearly is investing in these new funds; and 4/ LPs have generally accepted that the days of 5-7yr illiquid hold periods are over, where companies can stay private longer and firms like Softbank can raise $100B funds.

Given these conditions, how do more and more new, smaller funds raise money? And how do LPs pick where to allocate that money? In the absence of real hard data, folks turn to proxies — How much have your companies raised? How many of your companies have graduated to Series A? And who specifically did those Series A rounds? Directionally, it is interesting data to know — but it may hard to correlate it with the ultimate outcome.

I know this because, as an early-stage investor, I subconsciously began to think about making investments partly based on answering this question in my head: “Will this get to a venture scale Series A?” Lots of seed investors think this way, whether they’d admit or not. In some sense, it’s entirely rational to have this lens [see stats for Haystack Funds I-III below]; in other ways, I’d bet the prescient seed investors in companies like Coinbase, Roblox, or Giphy had no clue if any of these specific companies would ever attract real venture capital.

Put another way, the prestige of the big funds who anoint with Series As not only rubs off on the companies — it rubs off on the seed funds, too. Lots of VC firms will cross-check various databases Crunchbase, Pitchbook, and Mattermark, etc. to isolate the most active angels and seed funds who happen to appear in the cap tables of companies their “peer” or “aspirational” set of VC funds invest in. The LPs often (subconsciously) conduct their own version of the same analysis, and even I played along, trying to judge my progress by keeping track of graduation rates, the frequency with which certain firms followed, and so on.

Historically, startups have by default relied on venture capital as financing source. Currently, startup financing is no longer one size fits all – companies can build capital structures and investor expectations that better fit a wider variety of businesses, i.e. there are more plays in the playbook, such as industry-specific incubators and accelerators, startup studios, and more. [Bullpen Capital’s Paul Martino does a great job outlining the myriad financing options founders have these days in a post from a few years ago.]

Looking back, one could argue Haystack’s de facto ‘value-add’ was streamlining the path to institutional Series A. Haystack did this quite effectively, pushing a high percentage of companies to institutional rounds with a range of top firms. 2018 presents a new world, though, and going forward, seed funds will invest with eyes wide open to these new alternatives. Part of the motivation in writing this is to encourage younger companies to be mindful of exploring a wider range of options as their company matures and requires more capital. Ultimately, we as investors and the companies themselves will be judged on business fundamentals, with a mix of luck and timing thrown in — and less so as to “Who led the A?”

Even just five years into investing myself, I mull over this dynamic constantly. I am seeing more opportunities outside the Bay Area, which statistically makes it harder (though not impossible) to raise large amounts of venture capital. I have directly seen very hot Series As go from competitive rounds to complete flameouts a few years later. I have seen companies in the Bay Area that couldn’t raise a local Series A fetch capital across the country, and now have the big VCs begging to invest in their growth rounds. I have seen the actual investors at these great big funds turnover to a new guard — a smart new guard, but one that may not invest with as much savvy and luck as their predecessors. I have seen companies like Veeva and Applovin, for instance, raise very little money and turn into mega-outcomes.

I am slowly maturing as an investor and seeing more outcomes slowly start to take shape. Eventually, maybe in an another five years, we can look back on all the data and see where the signal really was. 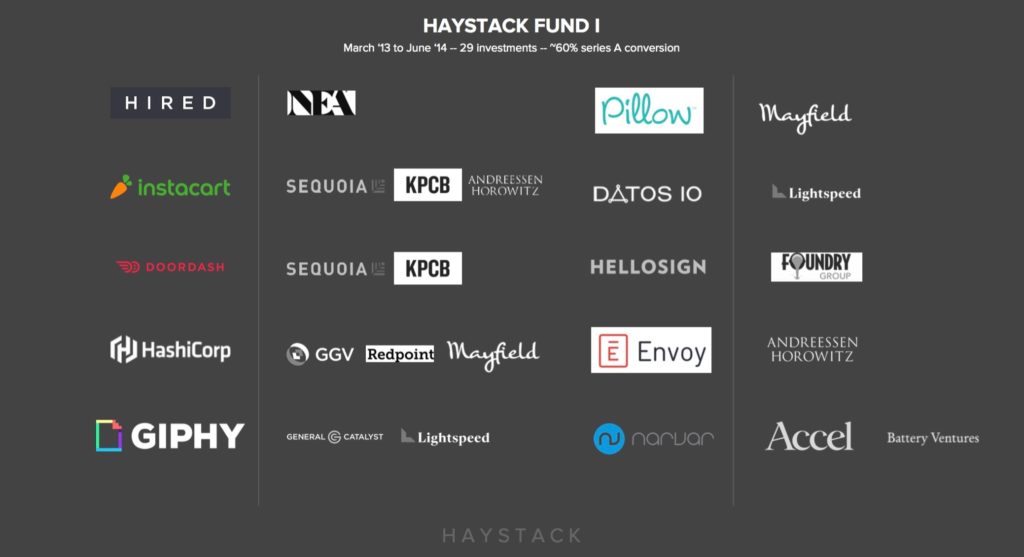 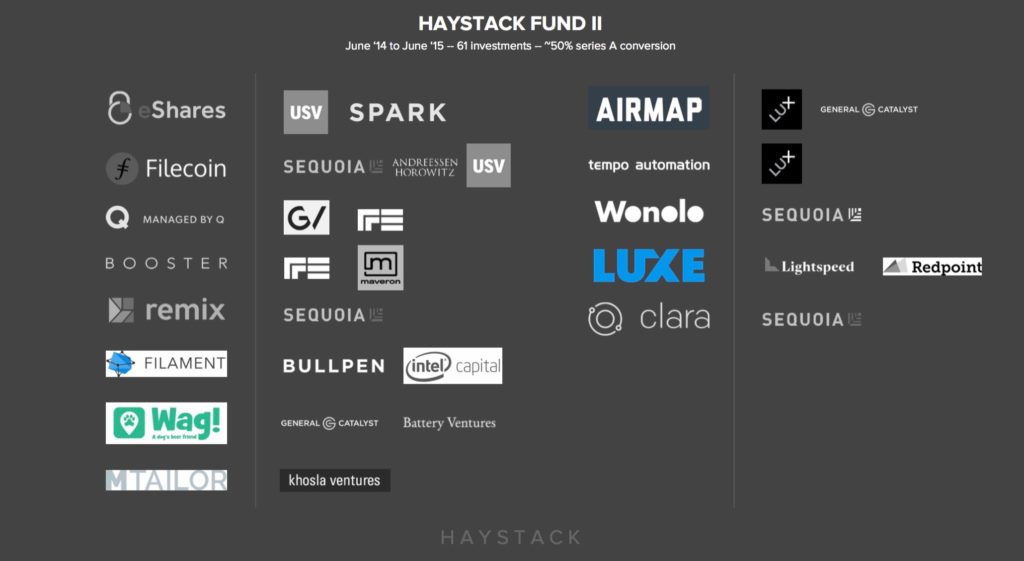 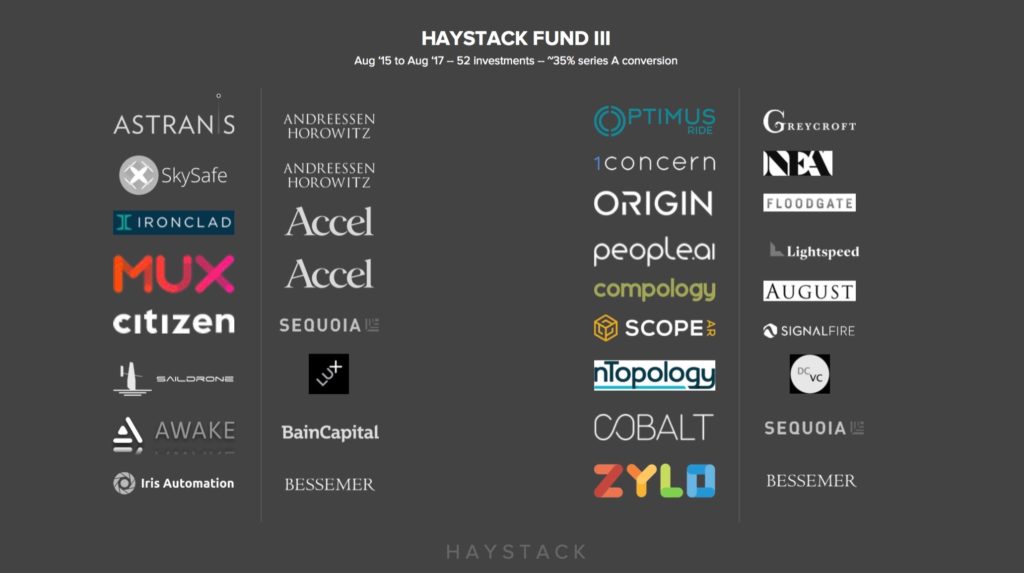 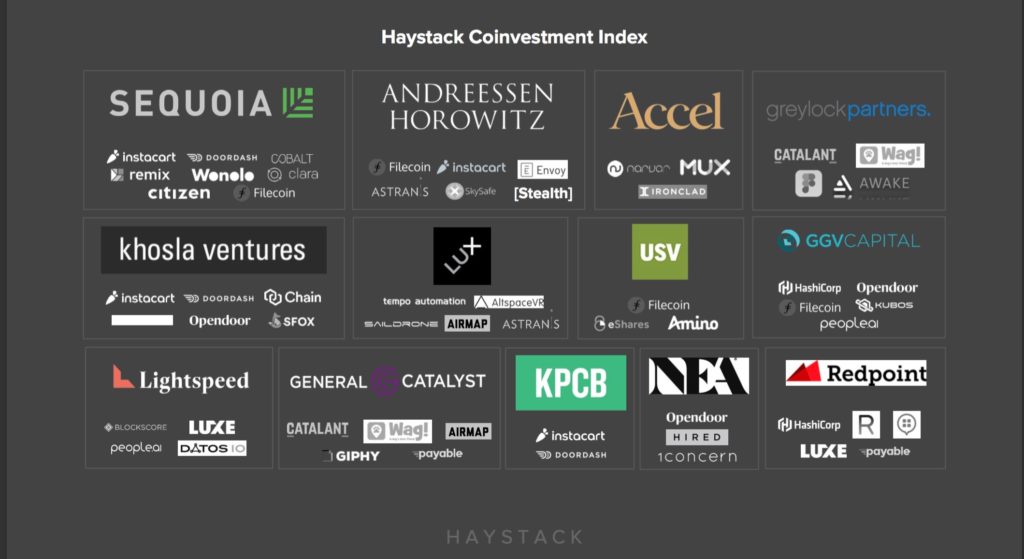